After a week that, in it’s busyness, felt distinctly pre-lockdown, I have spent very little time in the Mountpleasant Kitchen. So after waking hungry and relatively clear-headed on Sunday, having wisely snuck away early from the garden cocktails the night before, I set to, clearing away the debris of the night before just enough to make pancakes. The heat of the day before was gone, the sunshine had given way to clouds and there was a distinct chill sneaking in through the open kitchen windows. It was comfort food weather.

A well-worn weekend routine, I laid out the weights and measures of ingredients, took up the steady pace of whisking to combine wet and dry, fell back into the now mechanical muscle-memory routine of boiling the kettle, grilling bacon, turning pancake, whetting tea, stacking the plate. And a lazy hour passed in front of something foodie (on this occasion, Samin Nosrat’s SALT, FAT, ACID, HEAT) as the rest of the house came to life, it was just the gentle start I needed.

But by late lunchtime I was still craving comfort food, and in an effort to make some progress on the Lockdown Kitchen Bucket List I’d tasked myself with a few weeks before, I decided to put the leftover baked sweet potato in the fridge to good use. A quick browse of suitably simple recipes and before long, I was kneading the sticky sweet potato into a smooth, floury dough on the counter-top.

Adding nothing more than a little sea salt, I probably overworked the dough and inevitably man-handled it a little too much in grooving of the gnocchi but it was a thoroughly satisfying task. Anyone who’s turned to bread-baking in lockdown will know the gratification to be had in making from scratch, particularly where leftover or on-the-turn ingredients such as bananas are involved. Gnocchi brings the same simple joy in a quicker, more savoury burst of activity.

The practical steps – mashing (or ricing if your kitchen is so equipped) the potato, combining with flour to make dough, dividing, rolling out and cutting up, followed by the optional groove-making – can be a bit of a sticky affair but it’s easily got through without too much faff. I suspect a quiet kitchen helps, and while I was finishing off an episode of The High Low, I also had the tune of Making Whoopee winding its way through my head throughout (with the word whoopee substituted for Gnocchi, obviously).

With the kettle boiled and a small selection of the floury orange bites dropped into the pot, I sought out a complimentary selection of dried herbs and put some butter on to melt in a heavy-bottomed pan. By the time the gnocchi had bobbed to the surface of the water on the next hob, the pan was fragrant with browning butter, rosemary, thyme, garlic and black pepper. In went the gnocchi (almost unappealingly slimy) fresh from the boil and within just a few minutes, there was a bowl of delicious, herby carbs in my hand.

Nothing makes me feel more like an adult than cooking myself something small, lavishly labour-intensive and doused in butter. Such bowls of food, and they are always bowls, should be eaten standing up in the kitchen, on this occasion on a quiet Sunday afternoon while the rest of the house wrestled their respective hangovers, but also on dimly-lit late nights long past dinner time when there’s no need for the ceremony of more than one piece of cutlery.

In the passing of a podcast, its quite possible to create something relatively impressive from scratch, to have snuffled it and have the dishes washed and drying on the rack, with enough boxed up for tomorrow’s lunch. Having never actually (to my memory) eaten gnocchi before, I’m sure my first attempt would make a more seasoned cook wince and I’m looking forward to improving with some wider market research but for today, a bowl of imperfect of sweet potato gnocchi was simply perfect. 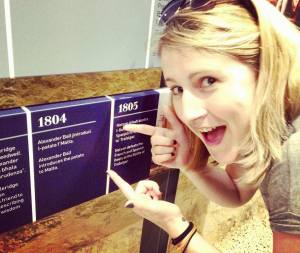